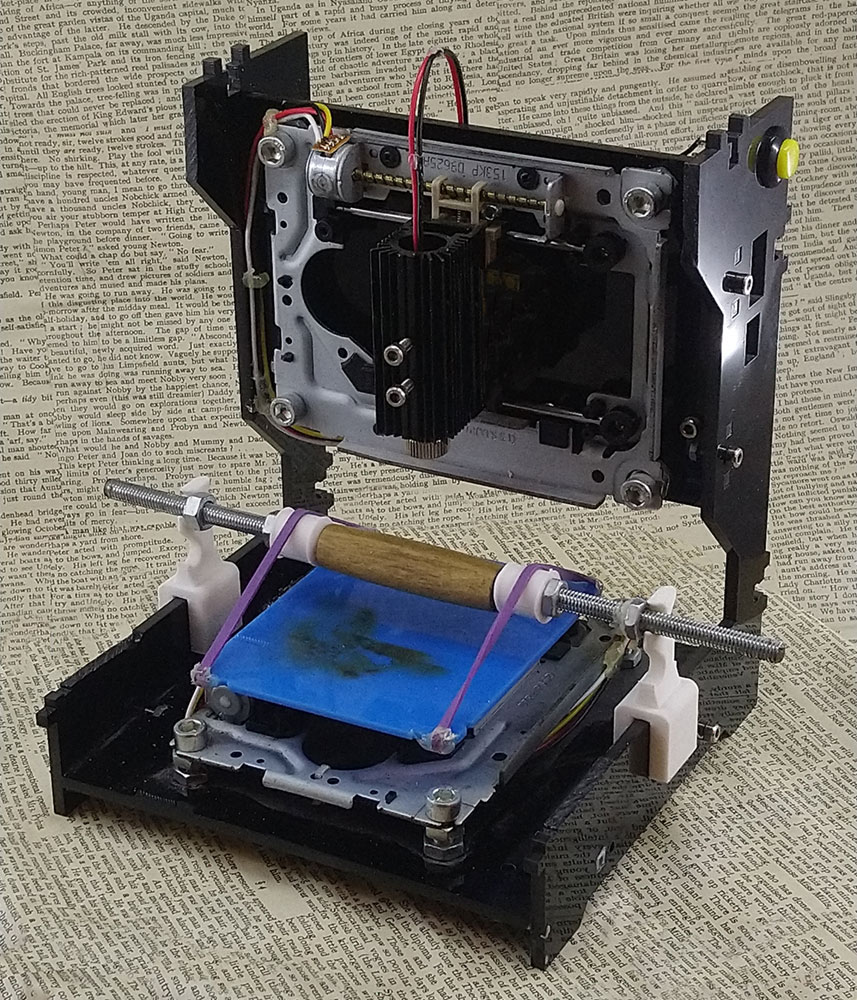 Well, it’s been a busy 10 days since my last update!
Sales have started on my laser jig so I’ve had a few orders to post out (many thanks if you were one of them!).  Pens took a bit of a back seat while I planned my Halloween outfit and got that made on Saturday for a party, so no real pen work over the weekend until today.
One of my guys at work has commissioned a very special pen and I’ve pretty much got a free reign on the design, so that became today’s project.  It’s going to be a Noble style pen, so has a barrel and a cap – I had a quick experiment with a new thing for the barrel which kindof worked, but not to the quality I want so that’s being re-done.  The cap was a bit of a pain – it’s going to have a few assembled elements making up the blank.  The first one didn’t drill straight and the second blew apart when drilling, so a little more work needed there.
And that’s it… I can’t say much about the pen at the moment so no photos yet, until it’s complete and in his hands 🙂
Take care!

A new idea in the pipeline