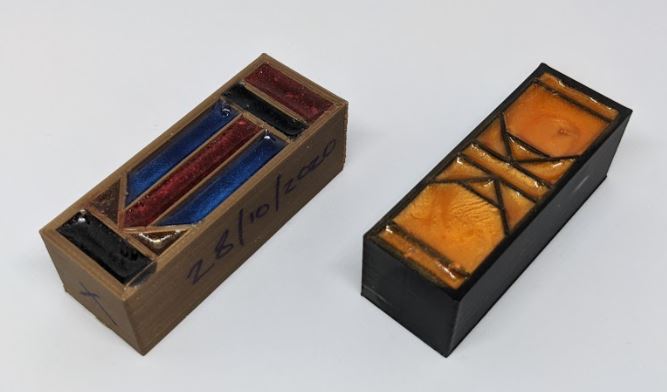 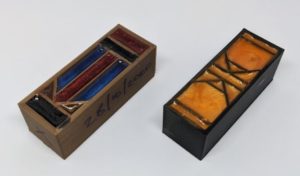 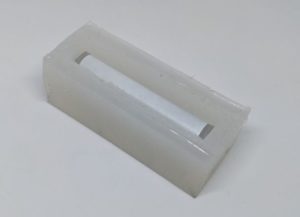 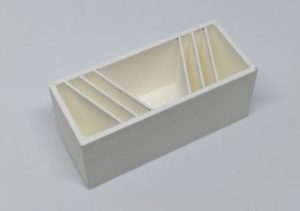 It’s the first of November.  In the UK we’re going into lockdown again on Thursday and after a week of feeling rough I’m pleased to say I’ve tested negative for Corona.

So, not much done this week.  I’ve created a couple of new ‘Gisi’ style pen blanks, one a colour mix and the other a bright orange, both for Sierra style pens.  I’ve also printed a new blank ready for a pen that I’ve been working on for some time, on and off.  Also created a new mould for Sierra type pens, as I’d like to get back to casting pens with pictures in them.

Had a bit of a tidy up in the shed so I can accommodate the laser  burner(s) and make a more suitable setup for filming my work.

The 3D printer has been a pain in the neck. Unfortunately Saturn V didn’t work the way I wanted so I went down to the finer .02mm nozzle, but it still didn’t work out too well, and since then the printer has been a nightmare. After going back to the standard 0.04mm nozzle it blocked up, I’ve had banding appearing in my prints and a complete lack of layers sticking together.  The bed has been cleaned, I’ve re-levelled it half a dozen times, changed the Bowden tube (the pipe that carries the filament to the hot end) and re-tensioned the Y belt.  I think it might want a bit of time on the desk and a bit of deep cleaning and TLC.
Needless to say, Saturn V is back on the shelf.

Oh, and apparently is nearly Xmas.