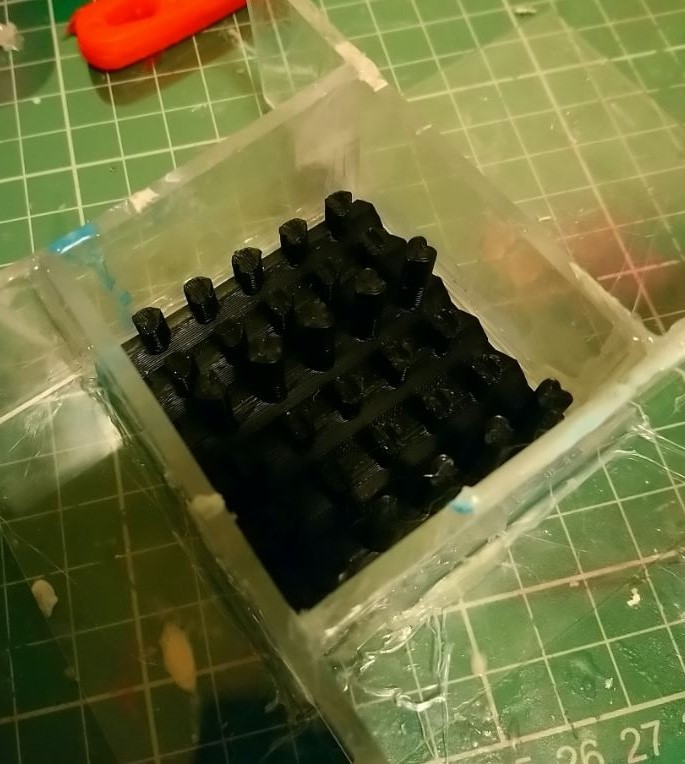 I’ve had the house to myself for the last couple of weeks, so you really would have expected to see some real progress and new stuff here today…. but no. Why?  Because I decided to involuntarily test my bench saw blade with the end of my finger. Yes, it definitely works, as the amount of blood and slight amount of discomfort demonstrated.
Nothing too major, just sliced  down through the tip catching the nail a little, but enough to need strapped up a bit with gauze and tape.  The dressings are all off now, it’s healing really well and the feeling is back now.  But it meant that I couldn’t get much done in there as trying to work and avoid doing anything with the finger was impossible.
The real shame is it meant I got nowhere with my Chinese New Year pen.  The photo’s I have of that and it’s design and progress will probably just end up in my ‘How It’s Made’ section, and I’ll get an earlier start on it for next year.

So, into February, and my feature pen for this month is obviously going to be a Valentine’s Pen.  I’m aiming to have the design and first blank completed by the start of Feb (this weekend). It should have been sooner but I was out of silicone for the mould and financially January was a flipping long month.  Got that now and as I’m typing this the mould is hardening.  The picture above is the 3D printed pieces for the blank.   If you can’t make it out too clearly, they’re rows of hearts – they interlock into a guide sleeve to make a blank which will be cast white with red hearts in it, as shown in the pictures below. 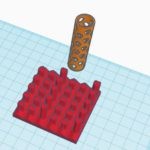 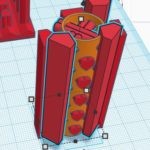 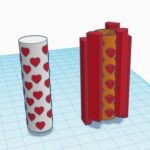 One step forward… two back!