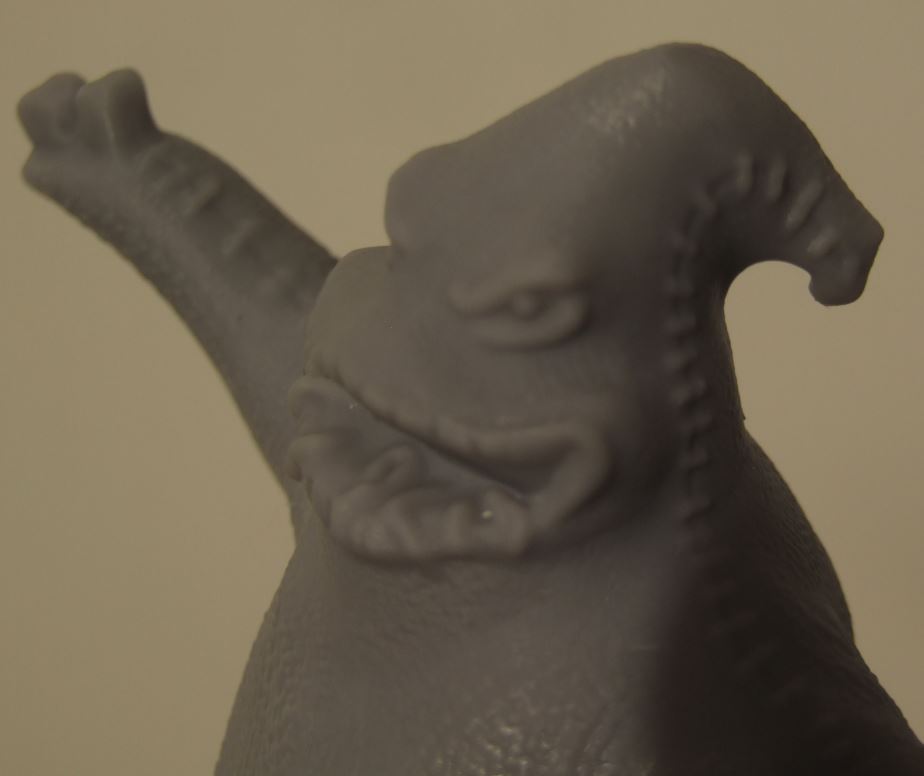 Yet again I’m playing with something new – but it has a goal that I’m aiming for!

For a future project I need a model of a certain item which exists in the real world, but I’m totally incapable of modelling it myself and really don’t want to pay $75 for one that exists on the internet already.  Instead, I’m going  to try to make a model of it based on Photogrammetry.  That is a process where you take lots of photos of an item, pop it into some very clever software and it builds the model from the pictures.
I’ve been playing with this for a few weeks, with limited success.  There’s a few programs that do it – some like the object to be well lit with artificial light, some prefer natural, some want the object to stay still while you go around it, others are happy to have the object rotated with the camera staying still.  Anyways, it’s been a nightmare and I’ve not had a massive amount of success, until the last few days.

One of my early test ‘subjects’ was this Disney ornament of Oogie Boogie – chosen for his shape, edges, some detail to the outline from his pose and his colouration giving the program good reference points (or so I thought). I’m currently playnig with the 3rd program I’ve tried, and got some results with initial scans – then tried Oogie purely because I had a good number of pictures still sitting there…..and it actually did OK.

It was still some way from perfect, but good enough for me to use it as a base for my modelling program, and I came up with this – this is 10cm tall. 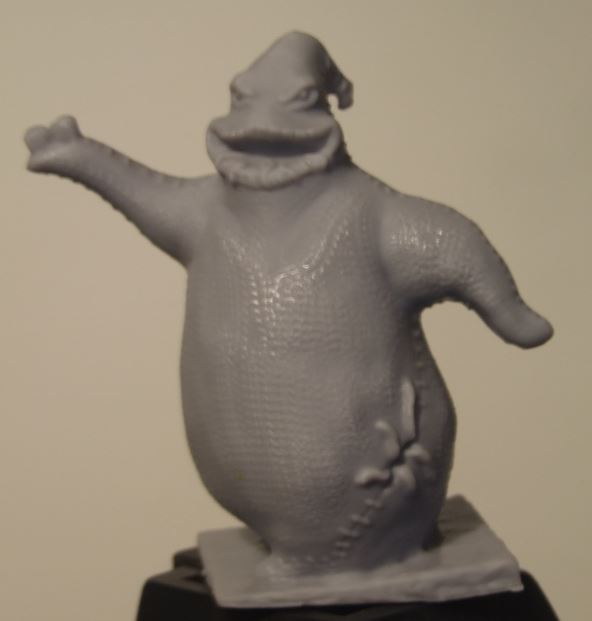 From this original ornament – 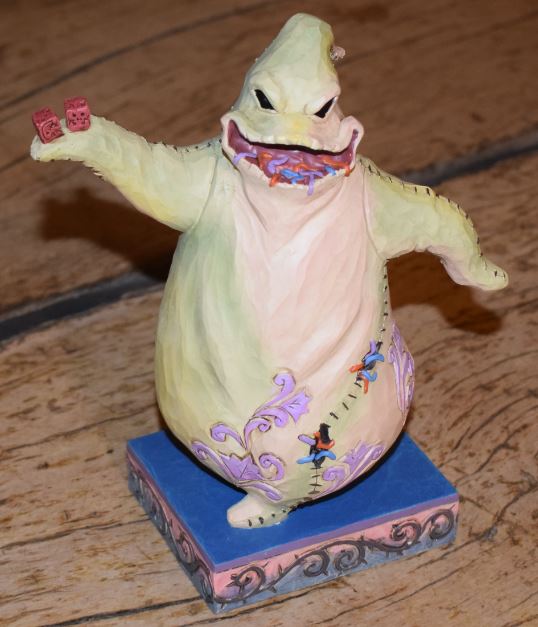 I’ve given him more of a sackcloth style texture, more like the original Boogie in the film, and exaggerated the worms coming from his split side.  I’m really pleased with the result!

A glitch and a blast from the past