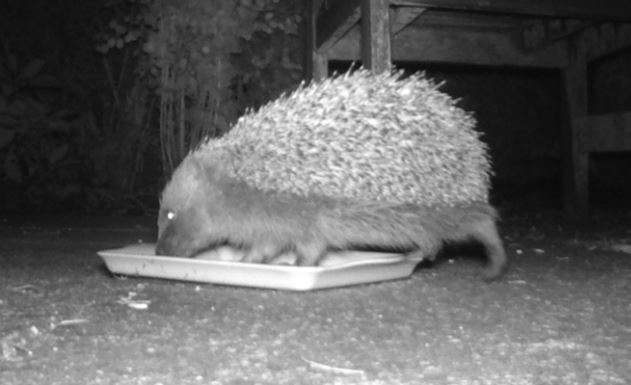 Wow, over 2 months!  Sorry for the delay in getting back on here, it’s been a busy time!
We’ve now moved into a fabulous 200-year old cottage with a lovely garden.  I’ve got my hobby room about 75% sorted (so basically it’s in as much disarray as the old one) and I’m working on getting the woodworking gear set back up.
The garden has also brought some new things, not least of all an abundance of nature.  Pictured above is one of our nightly visitors, Mr Prickpants, who is a decent sized ouchmouse.  We didn’t know if we’d have one, so bought some hedgehog food and popped it out – lo and behold, Pricklepants showed his little face and went for it.  After a few nights of watching him in the dusk I bought a nature camera and got a few great pictures, which have now progressed to videos. I’m trying to get to grips with the video editing that I had started to learn, so expect to see something soon!

Having to sort and pack everything I’ve realised that I’ve actually tried quite a few things with my designs and attempts over the last 3 years.  I’ve made frame for binding books (which I made a few of and sold), made a frame for a wheelchair user to use a Nerf gun (unfortunately the parent I was working with didn’t participate much and the idea fizzled out near the end of the design), took up the lathe side of woodworking, resin casting to go with the pens which led to playing with resin in general, the 3D designs and prints in general….. my list seems to go on!  And I’m adding to them… we’ve now got a vegetable patch up and running, and I’m thinking about taking up some winter nights with traditional art, which I used to be quite into.
With so many things, I’m toying with the idea of getting a few of them onto video…. let’s see how far that goes.